Sugar users have been waiting for the release of Sugar 7.7 since features were revealed at SugarCon 2015. Well, 7.7 was released on April 15th. The most awaited feature was the tagging capability, which I summarize below, along with other changes that came with this release.

Sugar records can now be labeled with “tags”. This essentially creates another layer to organize and differentiate groups of records. These tags can be used in Global Search, filters, dashlets, or reports as another way to identify relevant records. These tags are managed via the new Tags module. Tags is a “public” feature so tags can be created by any user and this function can’t be eliminated using roles or permissions (although I’ve heard that private tags will be considered in a later release). Note that tags don’t interfere with role or group permissions; a user who filters on a tag still won’t be able to see records that their role or team doesn’t allow them to view. 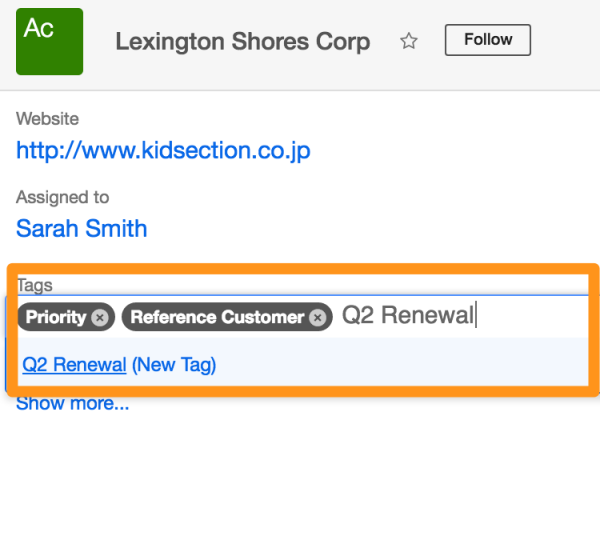 Other Feature Enhancements in the Sugar 7.7 Release Include:

You can find the complete release notes for Sugar 7.7 here. A great way to stay up to date on changes to the Sugar platform is to join our Sugar User Group. In this online community, Sugar Users can learn tips and tricks, see customizations that may be relevant to them, and hear about the newest Sugar product features. Leave us a note here to sign up.