The Reviews Are in for Sugar 6

With the release of Sugar 6 came a better, more improved interface with several customizations and integration capabilities. It’s hard to ignore SugarCRM’s newest release with a large amount of publicity and positive customer feedback it has received. 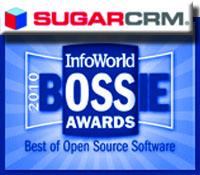 To say that the release of Sugar 6 ignited a spark in the media would be an understatement. End users are thrilled that a user-friendly CRM is offered without breaking the bank. Several online blogs and news reports noted that SugarCRM is more refined and easier to use. The attractive price point and additional plug-ins lured-in skeptics by offering more features and keeping costs lower than competitors. As a new user of SugarCRM, I can attest to the advantage of the ease of use that came with learning the CRM system. The shortcut bars and drop down menus make navigating the system a breeze and users can appreciate the organized structure of the tool. Blogs and forums were a social media playground for users to chat and compare their favorite features. Who knew something as technical as CRM software could generate so much excitement among this tight-knit community? Don't believe me? Here's a taste of the reviews:

In addition to user acceptance, SugarCRM received recognition from the CRM industry by winning the Bossie Award for its open source software. "The Bossie 2010 award winners are our top picks among open source projects for many different reasons. Some are longtime favorites, and others are completely new. Some are fast ways to fulfill a familiar need, while others allow companies to do things that weren't possible or affordable until they came along," said Doug Dineley, executive editor, Test Center, InfoWorld. "The one quality they all share is extreme usefulness, and a combination of features that beats all others in their class."- SugarCRM September 2, 2010

SugarCRM received InfoWorld's 2010 Bossie Award in the category of best open source software. The system was recognized for its ability "to combine salesforce automation and customer support and offer easy extensibility through plug-ins". In addition, "broad deployment options, as well as pipes to social networking and cloud service feeds (such as LinkedIn and Hoovers to keep sales reps bright), sweeten the pot."

The positive feedback and SugarCRM's dedication to advancing CRM software fuels W-Systems to grow our CRM business. W-Systems engineers also appreciate all the new features and capabilities of Sugar because they enable them to customize the system more efficiently and timely. We love the system for its flexible deployment options and advancements such as Sugar 6 reinforce our decision to continuously deploy SugarCRM for our customers.

CLICK HERE to learn more about Sugar 6 and to request a demo.