The Giraffes of Altruism

Over the last six months, W-Systems has repeatedly sent engineers to work on collaborative software development projects with our partners. The purpose of these events is not to develop products for W-Systems but instead to help make our partners’ products better. 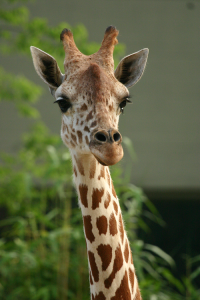 To participate W-Systems typically pays for the engineers’ time, plus the travel costs of having them attend collaborative development events. Recently a business associate asked me “Why in the world would you do that?” “Why are you spending money helping build someone else’s products rather than investing more in building your own?” I gave him a vague answer about the training benefit to our engineers, how they saw it as a reward for work well done, and that networking at these events might generate new business down the road. But the truth is that I hadn’t really thought through my reasons. Are these events really a good learning opportunity? Are there not less disruptive, less expensive way to get engineers additional training? Then I read a recent Op-Ed piece in The New York Times that I think explains my motivation better than I was able to explain it myself. In it, David Brooks surveys several new books that expand our thinking on human evolution and why we often choose to cooperate rather than compete.

While we have historically explained much of human behavior in terms of selfish motivations and individual reward systems, new research shows that humans are remarkably inclined toward altruistic behavior, often when there is no direct benefit to the giver. One researcher compared the altruistic behavior of human infants to baby chimpanzees. At a very early age, human infants show a natural inclination to share food and information even when there is no direct benefit (and potentially risk) to the infant. It turns out that chimpanzees showed no such behavior. We humans appear to be evolutionarily suited to cooperation and our systems are wired not only to meet our own selfish goals but also by the satisfaction of helping others reach their goals. Quoting Jonathan Haidt, Brooks summarizes these ideas:

Human beings...are “the giraffes of altruism.” Just as giraffes got long necks to help them survive, humans developed moral minds that help them and their groups succeed. Humans build moral communities out of shared norms, habits, emotions, and gods, and they will fight and even sometimes die to defend their communities.

When SugarCRM holds a code sprint in Cupertino or Twilio invites developers to roll-up their sleeves to explore new ideas over a weekend hack-a-thorn in San Francisco, W-Systems participates. One reason is very practical. W-Systems and its partners are relatively small companies operating in markets dominated by much larger competitors. By banding together we increase our odds of competing successfully. But participating also makes us part of a collaborative community that is larger than any of us individually. And collaboration, it turns out, might be just as central to human (and business) evolution as competition.

Bill Harrison
VP of Products and Technology at W-Systems