by Sarah Friedlander Garcia on November 10, 2014

Ever searched for cool new things you can do with SugarCRM? We would like to introduce you to SugarOutfitters. SugarOutfitters is a fresh, new way of finding 3rd party modules for SugarCRM. Their ultimate goal is to simplify the user experience around any aspect of customizing and extending SugarCRM.

We were lucky enough to chat with Chad Hutchins one of SugarOutfitters co-founders and learn more about their story and how they are doing today.

SugarOutfitters was founded by Chad Hutchins and Jason Eggers in September 2012. Both Chad and Jason had similar backgrounds and had been in the SugarCRM community for over eight years. 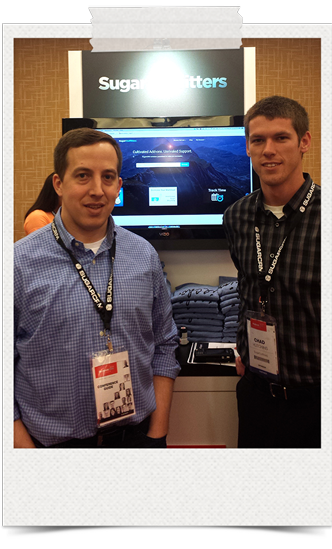 Initially, they went on their own and did freelance and Sugar Consulting but as they did customizations they saw that there was a space for a SugarCRM Marketplace. As Chad described it, “Microsoft and Salesforce have very vibrant ecosystems and we wanted the same thing for Sugar.”

From this idea, SugarOutfitters was born.

The biggest thing that has attributed to their success is their testing process: modules added to SugarOutfitters go through a rigorous testing process and because of this they stand by and guarantee that the modules will work for any prospective customer.

Chad stressed to me during our call that SugarOutfitters is about “quality over quantity”. We at W-Systems can vouch for both the site and the modules available. The modules they offer are of the highest quality and are backed by SugarOutfitters' 100% Satisfaction Guarantee.

To learn more about SugarOutfitters, check out their website. In our next second installment, we will be highlighting one of SugarOutfitters' latest published add-ons: SugarChimp.