Today we announced our 1,100th subscriber of W-Systems’s SugarCRM user group (actually 1,103, but who’s counting). It’s hard to imagine that just three years ago the group consisted of only five members and a box of pizza in a vacant office space in Austin. Today, UpCrve Cloud's SugarCRM user group has more than 1,000 members worldwide, and the community has grown 40% year-to-date! 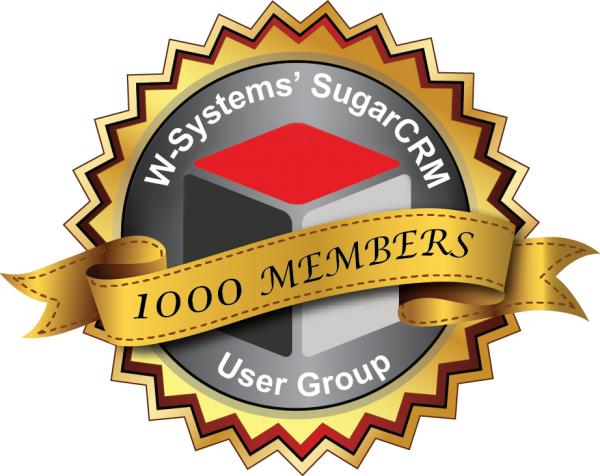 W-Systems first launched its Sugar user group as a quarterly Meetup Group in Austin. We enjoyed meeting customers face-to-face and felt it was a great networking opportunity. However, there were some disadvantages to only hosting our event in Austin. The first was that we couldn’t expand the group quickly enough as an in-person event and as a result we were excluding the majority of our customers who couldn’t travel to attend. The second was that it was difficult to administer Sugar training to several attendees from different companies during an in-person event. We tried to choose a topic that would interest every user in Austin in order to drive attendance numbers instead of focusing on one specific topic that would provide the most value to a smaller target. After a few local events, we moved the group to an online platform, which was better suited for training large groups and could be attended by Sugar users everywhere.

Providing valuable SugarCRM training and best practices is the main focus of W-Systems' user group. Moving to an online platform enabled us to reach a large audience and choose specific topics that users could opt into based on interest or relevance to their job functions. We found that lack of training and user acceptance are the top reasons CRM implementations fail. Our goal with this group is to tackle common issues and questions in an open environment so that our customers and other Sugar users can get the most out of their SugarCRM system.

Subscribers consist of W-Systems customers, system admins, and end users of various versions and editions of SugarCRM. Companies considering deploying SugarCRM have also joined the user group as a way to get further insight into the product and learn how others are using Sugar.

Each user group topic is chosen based on suggestions made from members of the community. Topics range from training on reports, campaigns, and Sugar studio to best practices for pipeline management and user adoption. Members are also updated on product changes, new features, and the latest plugins for SugarCRM.

Each webcast includes free SugarCRM training from experienced W-Systems engineers, an environment to share experiences and implementation techniques, and an open discussion with Q&A.

For Sugar users needing a more personal and in depth training session, W-Systems sells several training packages that can be held online or onsite.