SugarCRM releases several updates to its product each year. Some may be a minor release with bug fixes or a major feature release. So what’s the difference between the versions and why is it so important to upgrade? 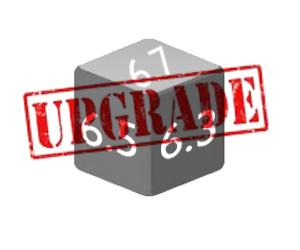 SugarCRM retires older versions of Sugar in order to be able to focus on delivering higher quality in the latest and upcoming product releases. The Sugar End of Life (EOL) plan applies to all On-Site versions and editions of the Sugar application, Sugar mobile solutions, and the Sugar Plug-ins and extensions. Hosting On-Site means that you host Sugar on your own servers or through a 3rd-party company, like W-Systems. Sugar applications hosted OnDemand are automatically updated to the latest release and don’t need to worry about keeping the system up-to-date.

After the EOL dates have passed, SugarCRM will no longer provide customer support, maintenance patches, or bug fixes for the out-of-date versions. If a user finds a bug in Sugar that is affecting the CRM, a customization, or even an integration to another tool, Sugar will not be able to fix the bug if the version is no longer supported. The user will be instructed to upgrade, which may be a costly or time consuming task depending on how old of a version they are running. It also may be extremely inconvenient to your users because the bug can be causing some functions in the CRM or customization to not work properly.

Sugar has started releasing updates differently for On-Site and OnDemand users starting with 6.7. The first number in the version signifies a major product update. This was evident with the significant change from version 6.x to 7.x. Each additional version such as 7.1.5, 7.2, 7.5, etc will include feature enhancements and bug fixes. With some bugs or specific issues, Sugar may provide a patch to avoid waiting to include the fix in a rolling release.

Companies hosted OnDemand will automatically be upgraded to the latest release. This is one of the major differences between hosting OnDemand or On-Site. There are advantages and disadvantages to both and each company should evaluate which makes sense for their company. If hosted OnDemand, it is convenient to have your system auto updated at no cost. You are the early adopters and first to use the new features. However, with newer versions, the release may not be as stable and could be an issue for heavily customized systems. You also don’t have much control over when the upgrade occurs which could be disruptive.

For users hosted On-Site, Sugar will only release updates twice a year during a parity release. Version 7.2 was a parity release where OnDemand and On-Site users both have the opportunity to upgrade to the same version. The next parity release will be version 7.5. The advantage of hosting On-Site is that companies with complex customizations and integrations can upgrade to these stable releases with less upgrade issues than before. Hosting On-Site also means complete control over when the upgrade occurs. Staying up-to-date for On-Site users helps to significantly reduce the risk, cost, and time to upgrade. However, I will note that for some On-Site users with complex systems it may make more sense to just stay on a version that is still supported, but not necessarily be on the latest release available.

If you are hosted OnDemand and want to switch to host On-Site, you will only be able to do this during a parity release. For example, once upgraded to version 7.2 or 7.5, you can then switch to On-Site. Below are the most recent End-of-Life dates for current and future versions of Sugar.

Versions earlier than 6.5 are no longer supported. To see regular updates of the supported versions, visit Sugar’s support site here.

For more information about Sugar upgrades, contact us here.